José Antonio Bravo von Bischoffshausen is an agronomist and winemaker and is member no. 871 of the winemakers’ trade association, the Colegio de Ingenieros Agronomos de Chile. After graduating from the Universidad de Chile, he began his varied winemaking career at the Concha y Toro, Undurraga and Haras de Pirque wineries. In 2000, he moved to Mendoza, Argentina, where he worked for three years as head winemaker at Bodega Tapiz, which belongs to Kendall-Jackson Wine Estates. He subsequently went to Monterey, California, for three years to join the winemaking team at Kendall-Jackson, and then returned to Chile in 2006 and became part of the winemaking team at Emiliana Organic Vineyards and Winery for the following five seasons. There he was the winemaker responsible for Los Robles, where organic and biodynamic wines such as Coyam, Gê and Novas Signos de Origen are produced. He has also carried out several other activities in parallel. 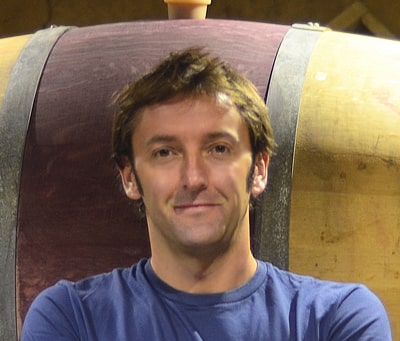 Jaime Nunez Sunkel has a degree in agronomy with a postgraduate degree in viticulture from the Pontificia Universidad Católica de Chile.  For 13 years he has been in charge of a family-run business in Santa Cruz, a 400-hectare (988-acre) property, where a variety of crops are grown. He is the fourth generation in his family to work in agriculture. He grows various grape varieties, such as Petite Sirah, Petit Verdot, Tempranillo, Malbec, Cabernet Franc, Marselan and Touriga Nacional, as well as traditional varieties such as Cabernet Sauvignon, Merlot, Carmenère and Syrah. Having been trained in growing traditional and non-traditional varieties of fruit, he is currently working on expanding the project’s premium vineyards.

Our focus is on producing high-quality, terroir-driven wines. We manage our vineyard with minimal intervention and try to give the best of ourselves in order to produce our wine with dedication and patience. We also want to help people understand what it means to produce wine from the beginning, sharing our experience in a calm and personalized environment where everyone can actively participate.

We want to offer you a completely unique experience, so that you take away not only an understanding of what it means to make wine, but also the experience of making it, albeit just for a moment. 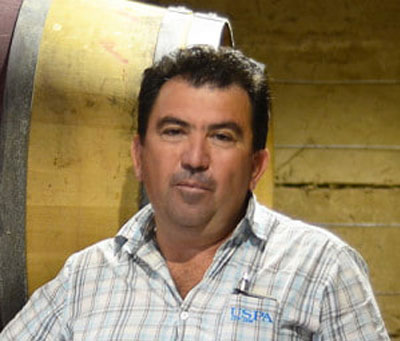 Jorge Vilches has been working as our vineyard manager for over 17 years. He plays a fundamental role in this project and his experience and ideas have been crucial. His energy and commitment have been an important part of our daily work, coordinating ongoing work and harvests in the vineyard

It all began with a trip to Argentina and Chile. We had the idea of making a wine together but we didn’t have any particular expectations beyond that or any idea of what it would lead to 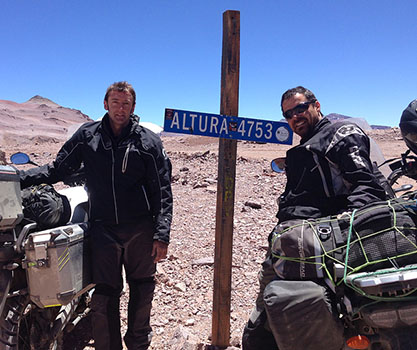 We made the first 1,147 bottles of OWM Hand Made, a blend of Carmenère, Petite Sirah and Petit Verdot, using another winery’s facilities. The preliminary results led us to set ourselves more serious objectives, with the goal of making wine that is balanced and consistent over time. 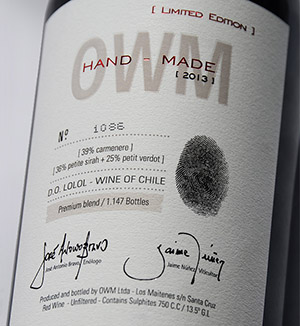 We built our small barrel room and winery within an agricultural warehouse on the property where we get our grapes. We used adobe with a structure made of repurposed iron. Our wines are aged here, and the space also serves as a venue for tastings 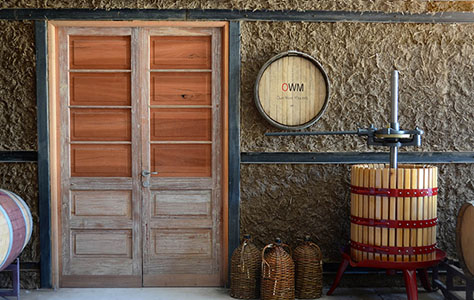 We were awarded a grant by the Chilean Economic Development Agency (CORFO) and this provided a substantial boost in terms of publicity and equipment. We also started offering tourism services and selling personalized barrels.

We became part of The Independent Winemakers Movement (MOVI), which seeks to show a more modern perspective of Chile. It is a complementary and contributing counterculture that stands in contrast to the outdated notion that Chilean wine lacks personality and authenticity 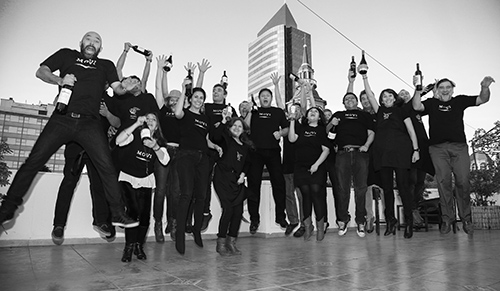 We succeeded in exporting our first wines to markets like Panama, Germany, Brazil, Costa Rica and the USA. We entered the vegan wine market in the USA complying with the requirements set by Vegan Wines, which we found out about through José González from the Tringario project Tringario 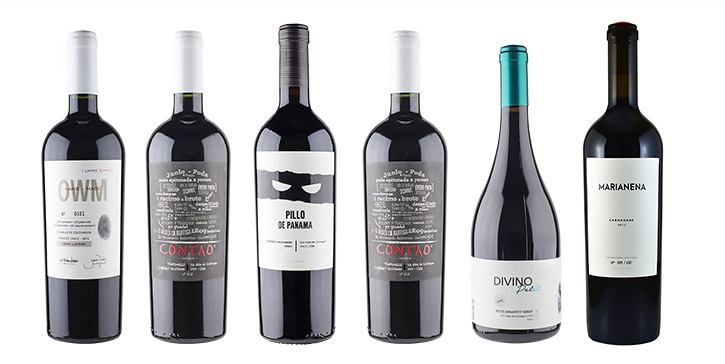 We met our goal of producing 12,000 bottles in our winery with over 7 lines of wines using varieties such as Tempranillo, Petite Sirah and Malbec, with excellent results. This was all on a very small scale but we were more enthusiastic than ever.

We received a grant from Chile’s Technical Cooperation Service (SERCOTEC) which made it possible for us to purchase equipment to improve our processes and carry out the important task of replacing old barrels in our cellar.

We planted varieties like Cabernet Franc, Marselan and Touriga Nacional in the vineyard, which we believe to be an excellent addition to our previous varieties. We have identified the different soil types in our vineyard in order to take advantage of the soils that interest us the most.

The oldest vineyard on the property is reaching the end of its useful life and will be replanted with Malbec. This moved us to make our icon Carmenère again, in honor of the variety that helped set in motion this project we have built. We feel that Marianena 2021 is a superb tribute to this variety, which provided us with excellent grapes for 21 years. 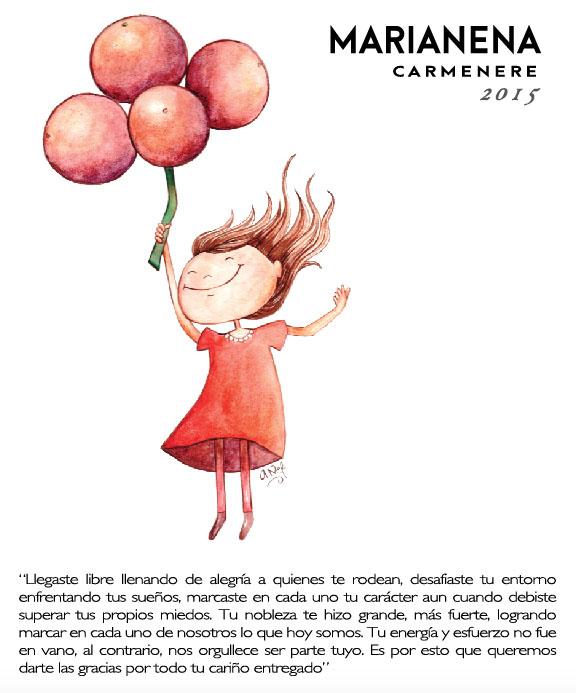